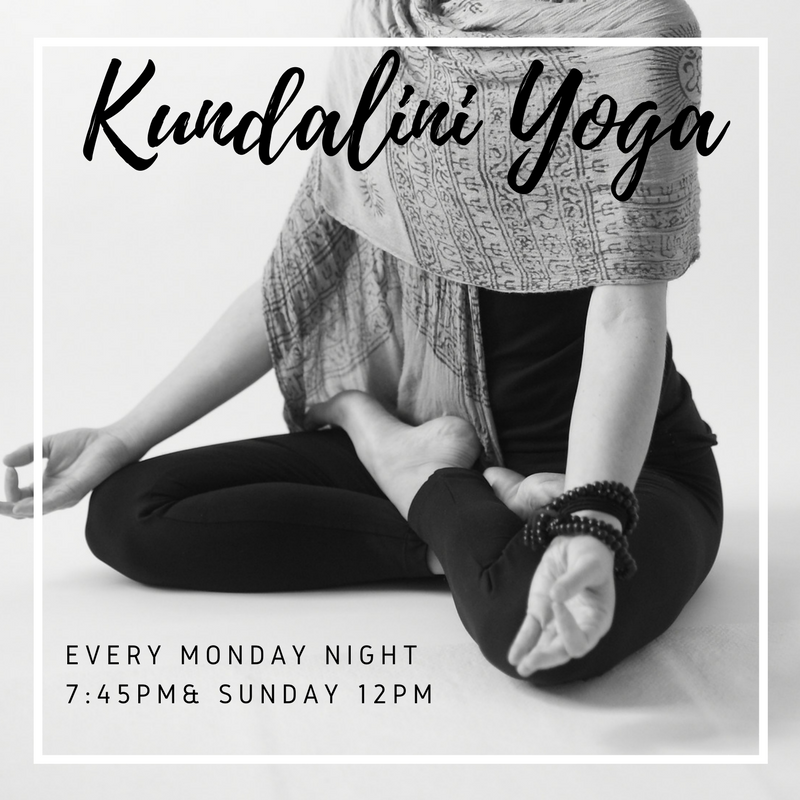 Kundalini yoga is different than other types of yoga. Kundalini is called the Yoga of Awareness, the life force energy, also known as prana, shakti, or chi. We all have this dormant energy sleeping within us, waiting to be awoken…Kundalini Yoga gives us the experience of being our true selves. Whatever you want to call it, waking this energy that lies within each one of us, cleans and strengthens the energy body and chakras. Long ago, some yogi’s discovered that kundalini can be used to moves quickly into higher states of consciousness. By meditating on the chakras, the kundalini energy is activated and begins to rise. The Chakras are these 7 spinning wheels of energy that start at the base of the spine going up to the crown of our head. It’s like an internal barometer measuring who we are at any moment. The most basic Chakra is at the bottom, reminding me of Maslow’s hierarchy of needs, and the most complex is at the crown of the head.

Never taking Kundalini, and never hearing of it, I had no idea what to expect.

Starting class, we opened with a mantra (chant), Ong Namo Guru Dev Namo (I bow to the Infinite Creator within and without).
This mantra is used before all Kundalini Yoga classes. It is chanted three times. It connects us with the Divine Teacher inside all of us! (No one knows these words walking into class for the first time!)

After some warming up, we started into the main Kriya (specific set of exercises). These were not like the yoga postures (Asanas) in Basic Flow. At first it seemed like I was doing a lot of repetitive arm flapping and rapid, continuous breathing with equal part inhalation/ exhalation through my nose, quite like panting (Breathe of Fire).
One of the more intense Kriyas, we were sitting, holding hands behind our heads with our elbows out, keeping our heart’s center open, while bending from the waist as close to the floor as possible, as fast as our own energy would allow. We were breathing in and out with each rapid movement for about three minutes. Our eyes were closed, and whatever Kriya we were doing I just got into the zone.

The pranayama (breathing techniques) are so purifying, expelling thoughts, feelings, emotions that are stored in the body. Every single time I have ever stepped out of Kundalini Yoga, I have felt incredible. And the feeling lasted for days.