The Language of Yoga 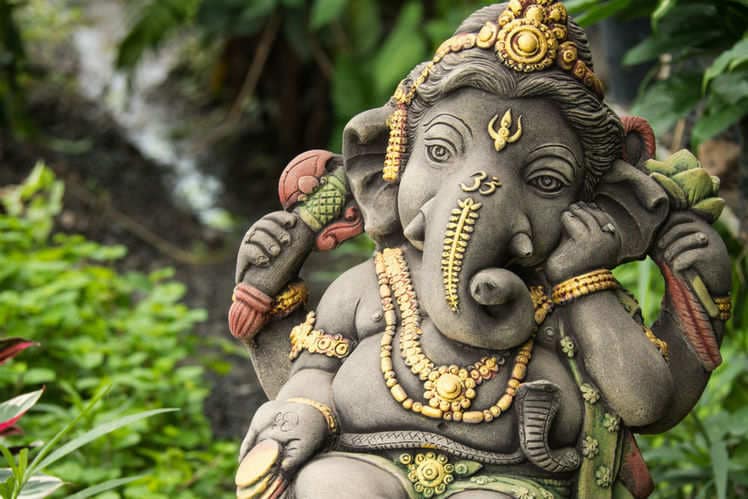 Just as every classically trained chef ‘speaks’ the language of Escoffier and follows Le Guide Culinaire, every yogi needs to ‘speak’ the language of Patanjali’s Yoga Sutras. Sanskrit is the gatekeeper of Yoga and you must make friends with it to be allowed into the inner sanctum. While adopting the techniques and terminology of another Western tradition often goes unquestioned and may even seem glamorous (like speaking culinary French), there can be a great deal of initial resistance to the ancient language of yoga and the Eastern traditions. After all, Sanskrit is not easy, it is often referred to as a ‘dead’ language, and others are not impressed by your knowledge of it. However, this language is not for others, it is for you. Beyond uniting you with a global community of practitioners, or with your own immediate community, it will bring you closer to an intuitive understanding of the Yoga practice and its teachings.

After you have mastered the Sanskrit names of yoga poses, there is something to be said about being able to go anywhere in the world and practice yoga with a new teacher without skipping a beat. There is a great deal of gratification. You know what pose they are calling out and you hop to it. In addition to being part of the practice, you belong to this larger linguistic community, and who doesn’t like to belong? However, that ‘asana’ knowledge and that feeling of gratification, or of belonging, merely scrape the surface of why the language of yoga is so important. It goes much deeper than that.

The first yoga sutra says “Atha yoga anushasanam.” The translation of this verse commonly goes like this: ‘Atha’ means ‘Now’, ‘yoga’ is referring to ‘yoga’, and ‘anushasanam’ means ‘discipline’; so the translators like to tell us the meaning of the verse is: “Now, the discipline of yoga”. In case you picked up the Yoga Sutras and expected to be reading something else, here is a confirmation that the contents will match the cover. Is it possible that a tradition so deep and meaningful, with such carefully crafted and deep verses begins its teachings with a verse akin to ‘Welcome to Biology 101”?

I poke fun at that common mis-translation, because there is nothing in my practice of yoga (or in the next Sutras) to suggest that the proper meaning resides in such a translation or in that syntax. Yes, the trans-literation may be correct, but the meaning behind this verse is hardly conveyed. My practice has taught me not to dwell on the translation, but rather to inhabit the original verse, because my inner true Self intuitively responds to it. Using the language of Yoga in the form of sutras, mantras, and asana will reveal to you the depth of the practice. If you must translate it, reach for the core meaning and concise form of the verse, just like the original Sanskrit does. It will reveal itself to you, as long as you keep practicing. So, here are the first three yoga sutras and their meanings, as my yoga practice and the practice of Sanskrit have revealed them to me: “Atha yoga anushasanam,”(I-1). Yoga is the discipline of being present. “Yogaha chitta vritti nirodhah,” (I-2). Yoga will free your mind. “Tada drashtuh swarupe wasthanam”(I-3). So that you may see with the eyes of the Soul.

I encourage you to honor the tradition and practice Yoga together with Sanskrit, whether it be by learning the names of the poses, chanting mantras, or reading the Sutras. The linguistic essence of Yoga will unite you with its tradition, history and community, and allow for a deeper connection with the practice and its core teachings.

The Practice of Aparigraha
December 2, 2019

A Reflection on Gratitude
November 5, 2019